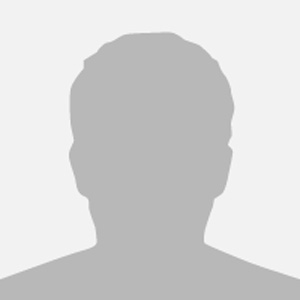 Mr. Ragab is currently an independent consultant and the former Director of Management Development at Americana Group Corporate Office.

At Americana Group, he was responsible for the development and establishment of the training institute of the entire Group to offer its’ training services to 55,000 employees stretching over 17 different markets that Americana serves. Currently, he is offering consulting services to Tamkeen Consulting in Saudi-Arabia, Roshcomm in Bahrain, Impact and the American Academy, as well as IMI in Egypt. His consulting focus is on the areas of corporate development and strategy, Corporate Governance and Transparency where he provides C-level advisory services and executive level training. Furthermore, Ragab is an IFC – World Bank Group Certified Instructor.

He was also the former Executive Director of the UNDP Center for Investor Relations and Corporate Governance in Cairo to serve international and national investors where he developed a highly successful outreach program based on team work and a management philosophy of delegation and supervision by key performance indicators. During his tenure of this post, he advised the former Minister of Investment on the necessity to ratify the United Nations Convention against Corruption and drafted the formal position of the Ministry. Ahmed worked at the UNDP Headquarters in New York, RBAS division, as a member of the core team that drafted two Arab Human Development Reports, on “the Knowledge Society” and “Democracy” in the Arab World. His work included a full assessment of the economic and investment climate in Jordan – Tunisia – Morocco – Lebanon – Syria and Egypt.

Mr. Ragab also served at the Permanent Mission of Egypt to the UN in New York where he developed his expertise in the areas of economic development and business climate. He negotiated the outcome of the UN Economic and Social Council and the second committee for four consecutive GA sessions. He also participated in the preparatory process for the World Summit on Sustainable Development (WSSD) and led the G77 negotiations on natural resources as well as the outcome of more than 130 UNGA resolutions in 5 years. His work covered a wide array of fields, such as Security Council issues (the Middle East Conflict – Kosovo – Iraq and Afghanistan), reform of the Security Council.

Amongst his publications are a study on the evolution of the State-Owned Enterprises (including an assessment of Corporate Governance Practices) published by the World Bank; two chapters on ‘Human Resources’ and ‘Status of Corruption’ in the 2010 OECD MENA Business Climate Report on Egypt. He is a founding member of HeGTA, an NGO operating in the field of healthcare Corporate Governance management, and a founder and former consultant to EIRA (The Egyptian Investor Relations Association). He volunteers considerable time to one to one coaching to young graduates in the fields of communications and career advising. Over the last 4 years, Mr. Ragab executed 27 one to one volunteered programs and transferred considerable knowledge to graduates aspiring for better jobs and employment opportunities.

Mr. Ragab earned his MBA in Strategy, International Business and Marketing from the City University of New York in 2007, his MPA in Economics and Public Administration from York University in the UK in 1998, and his BA from the American University in Cairo in 1992. He is also one of 240 IFC world-wide certified trainers in the area of Corporate Governance and Investor Relations and certified from the World Bank in the area of Collective Action. He is a distinguished Chevening British scholar and a recipient of the Spielvogel Scholarship in New York. Mr. Ragab is fluent in five languages, with working knowledge of a sixth.